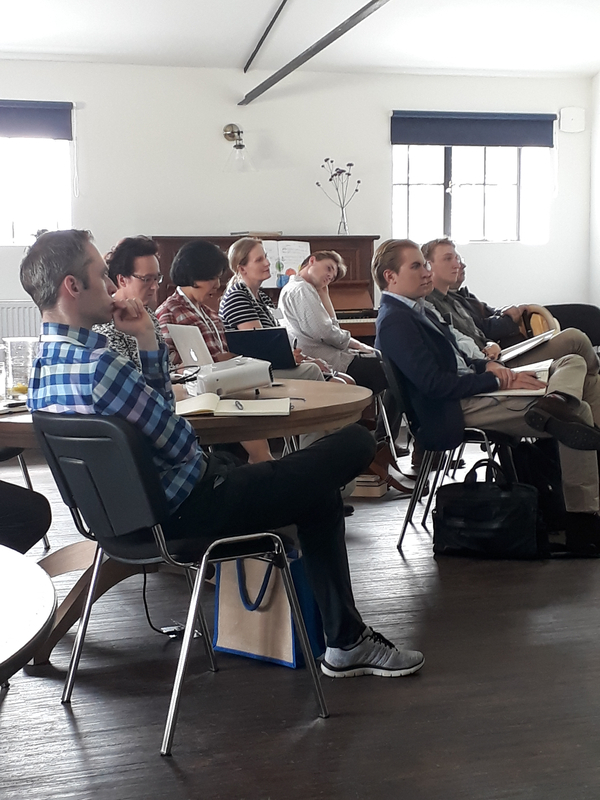 Writing about country life has been a national pastime since the 18th century, and there is no sign that the reading public has lost interest in it. Roger Scruton has described the life around our farm in News from Somewhere, and continues to supply articles on rural matters to our national newspapers. It was probably the keeping of animals on the farm that started him exploring our duties to both animals and their environment. His book On Hunting is a classic description of one of the most eccentric and controversial aspects of the British rural economy. Also his pamphlet on Animal Rights and Wrongs starts to articulate a philosophy towards managing the countryside for the benefit of wild animals. But more recently he has turned his attention to the deeper questions of environmental management. Green Philosophy offers a comprehensive answer to the question how to maintain equilibrium between the human and the natural world. It is perhaps the first attempt by a philosopher to explore the environmental problem in all its aspects, and is having a growing influence in Britain and America. It has been translated into Dutch, German and Polish, and a Hungarian translation is currently in preparation.

Roger continues to write at his desk overlooking our fields, and his recent book for Princeton University Press, The Soul of the World , expresses some of the meditative tranquillity that can still be gleaned from grass, provided you take the trouble to look after it.

Then there is the famous Scruton brand of wine criticism, which brought amazement and joy to the readers of The New Statesman over a seven year period, and which culminated in the publication, in 2009, of I Drink Therefore I Am. This is a ground-breaking book of philosophical criticism, bringing together judgments culled from both Scrutons and from Sam, their bibulous horse, in a profound meditation on the grape and its meaning. Translated into 14 languages I Drink Therefore I Am contains as many ideas per blade of grass as any other Horsell’s Farm product.

Extract from a review by Simon Jenkins of Green Philosophy: How to think seriously about the planet in The Sunday Times (January, 2012)

Green Philosophy ‘takes even the most unphilosophical reader on a whirling tour of green politics, through ethics, climate science, risk management, international law, social anthropology and applied economics . . . The second half of Scruton’s book is aimed at resolution, at “solving environmental problems not by appointing someone to take charge of them but by creating the incentives that will lead people to solve them for themselves.” Synthesis lie in directing concern for the environment back onto individuals, fusing it with affection for home and family, for place and community, present and future income. The psychological roots of conservatism must fuse with conservation in “a desire to live among things that endure”.

This plea to stimulate the conservationist juices of people as consumers and as residents is attractive.’